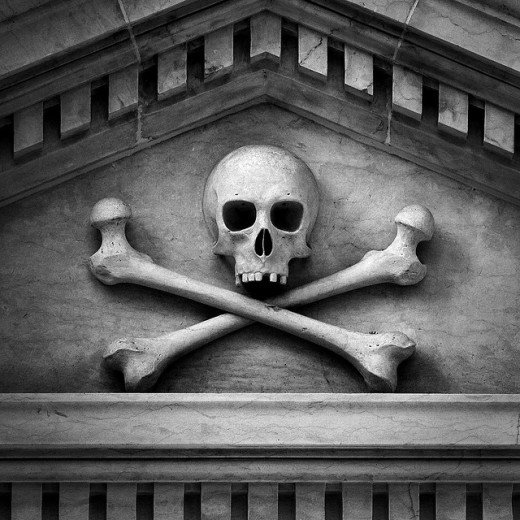 Death images in dreams are probably the most frequent of all the dreams I receive, making up easily 30%. Some are simply an image of a dead person, or a visit from a beloved family member, a killing or being killed but some dreams are much more complex and speak to a much broader spectrum of issues dealing with death. Such is the dream I share below.

The following is a dream sent to me with names and places redacted. For flow, I’ve also made some grammatical changes.

Hi Bob, let’s just get straight to the Dream…I had this dream that my eldest Daughter (31 yrs) died. I was working in some kind of huge factory type job and anytime something big happened that ends-up on the front page of the newspaper, my job showed it on a very large screen, it showed my daughters name in French, then slowly the picture came of my daughter, a side view picture of her, dead. Her hair was tied up in a bun and she was wearing a blue denim jacket. She wasn’t lying down in the picture but kind of propped-up and entangled in ropes, no cuts or bruises, nothing, and her eyes were closed. She seemed to be in a container of some sort with a glass front lid, and either my other daughter ____________ or her own daughter _______ was with her but I couldn’t see them, I just knew that she wasn’t alone. There was no talking at all in this dream either. I saw her being lifted up out of the water in this container and could see the water pouring down over her face even though she was in this container, then someone’s voice which sounded strong and demanding said to me ”_________ never under-estimate the power of your Psychic abilities”. End of dream…I woke myself up from the dream by my own screaming and crying-out for my Daughter at 6:19am Friday morning last. When I tried to go back to sleep later-on the same dream just started off again same as before, I stayed awake, didn’t want to sleep then.  Most of that day I felt really distressed about it all and cried a lot.  I really felt in some way that I should have been mourning!!! Even though this was just a dream. I felt drained all day and real upset. My Daughter lives in __________. we talk often on the phone. I phoned her that Friday night and she was fine. In the past I have been known to dream of events that have actually happened to non-family and family members in real life!!!!  My relationship with my Partner is strained, he almost died 2 years ago, and was in hospital for 3 months, I looked after him 24/7, he is 58 yrs old, and seems happy he never has to work again in his life, he has no zest for life at all… four months before this,  my Sister died in hospital, and the 8 years before that again was a very difficult time too with deaths and cancer in my family. My Daughter __________ (25 yrs old) is talking about leaving to live in ___________, she works hard in a tough job. That’s it Bob, please fill me in on it all, I await eagerly.

You have certainly experienced a number of deaths over time! Death of those close to us is very traumatic and often forces us to confront the reality of death head on, especially our own. Death tends to focus the mind as does anything associated with it.

Parents tend to worry a lot about their children and their safety regardless of their age (I have a daughter who is 47 and I still worry). When recent death is still being worked through in the psyche, the fear associated with it can get attached to events and people in the waking world.

There is also a sense of loss, great loss, or potential loss, and/or huge change associated with death, so it can also represent the loss of someone, especially if they are moving far away from us. Death can also represent a traumatic change in circumstances or relationship, or an ending.

Essentially, I’m detecting great emotions of fear and anxiety in this dream, fear of endings, of being out of control over what happens based upon recent and past events. I think that you are probably still working through and dealing with the death of your loved ones, even the severe trauma experienced by your boyfriend and the toll that sickness always takes on the caretaker (which is immense because you have to give up so much of yourself to give to them).

Because people in dreams are most often representative of the dreamer themselves, it is possible that there are aspects of your daughters (or their lives) that you recognize in yourself, or wish you had for yourself. Being in a box could be a metaphor for feeling ‘boxed in’ with some relationship or circumstance, while entangled in ropes could also be a metaphor for being ‘all tied up’, or entangled (trapped).

I am not a believer (but not a hard and fast disbeliever as well) in precognition (it kind of turns the whole concept of cause and effect on its head), though I do believe that the subconscious sees a lot that our conscious mind does not and as it puts two and two together during the dreaming process it can “see” what the waking mind cannot. Some people are very good at this. Your quote, ”_________ never under-estimate the power of your Psychic abilities” may be saying what it says, but it could also be telling you to trust in your feelings, or trust in your intuitive sense. The dream itself is of the Psyche (from which the word psychic comes), which includes the larger unconscious part of the Psyche and thus the quote can be an enjoinder to trust in this part of your self as well.